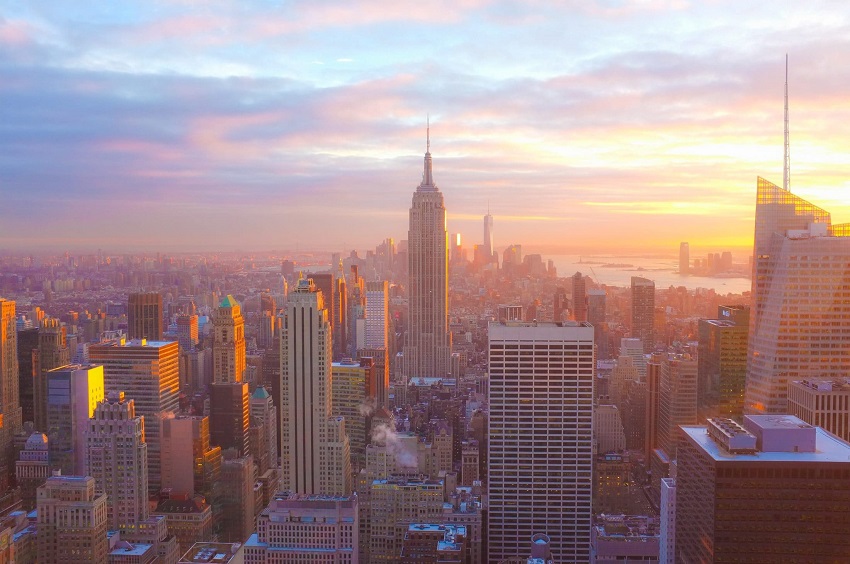 New York City, what a complex city! Wonderful, maddening, magnetic, real, and mythologized in equal measure. After years of living here, we still have a hard time defining it.

So that you understand its contrasts a little better. Today we want to give you a point of view of the city as inhabitants. And talk about some aspects that the guides do not usually mention.

New York Is A Dirty City

Movies and series often show us the neater part of New York: the rows of little houses adorned with flowers, the gleaming skyscrapers just raised.

Those places exist, but what about the rats that roam the subway and the mountains of garbage bags that pile up in the streets at the end of the day?

This facet does not seduce the cameras so much, but you will run into it even if you do not go far from the center of Manhattan because that is New York.

And That Sometimes Seems Half Finished

New York is a city that creates trends and that continually makes its way in endless areas: the latest in gastronomy. The tallest skyscraper, the most select garment …

Perhaps that is why it is so surprising to find yourself face to face with a city that sometimes seems anchored in time.

Old-fashioned subway lines that break down every two by three. 5th Avenue full of potholes in the asphalt, scaffolding that stands in front of centuries-old buildings that could use a coat of paint …

Yes, sometimes New York seems to be falling apart at any moment. But its battered skeleton is also part of its charm. How cold it would be if it was only a city of skyscrapers and appearance, don’t you think?

New York Is Not That Expensive

We said this after having a few heart attacks when we moved here and saw how much the rents cost. Maybe the same thing happened to you with hotels: accommodation in New York is outrageously expensive …

But the rest does not have to be. If you want to pamper yourself on your vacation and go to Broadway musicals. Dine in good restaurants and take a taxi, your budget will go up, but the good thing is that there are many alternatives if you prefer not to scratch your pocket.

Times Square Is A Forbidden Word

Most New Yorkers shudder at the word Times Square and flee the area as soon as they see the lights in the distance. And that is when crowds of visitors gather with brochures dealers. Ticket sellers who do not leave you alone, the costumed characters looking for tips. The taxis seem to not know how to hit the brakes …

This is how the most touristy place in New York is the most hated by most of the inhabitants. But not everything is black and white: Times Square is also amazing and gives off energy difficult to describe.

New York Can Be Very Overwhelming

But it is also full of corners where you can disconnect, and we are not just referring to parks like Central Park or Bryant Park.

The squares and gardens are so necessary to take refuge from the city that. No matter how small, you will find them in all neighborhoods. Such as the  Elizabeth St Garden or the Elevated Acre.

In Manhattan, check out community gardens cared for by neighbors and open to everyone – bustling streets suddenly turn green and silent.

It is true that, for tastes, the colors … But, if you do not mind skipping this classic, go to Magnolia for brownie or banana pudding and leave the cupcakes for other not so well known pastry shops that prepare them with much more art.

Here we recommend some of our favorite cupcakes in New York, but surely walking through the city you will find windows with sweets that are very appetizing … Go for them!

New Yorkers Have An Unfair Reputation

New Yorkers have a reputation for being dry and grumpy… And yes, they will snort and glare at you if you happen to stop in the middle of their path on the street or don’t move fast enough on the subway stairs.

This city doesn’t make it easy and they have created unwritten rules to make life a little easier.

But, beyond this facet, what we find most often are New Yorkers who ask you if they can help as soon as they see that you doubt in front of a map, that they wish you have a good day, or that they engage in a conversation as soon as they you stand.

The Bronx Is Not Hell

Shootings, street gangs, and robberies are part of the image many visitors have from the Bronx. In fact, the most common thing to do is visit this district on a Contrasts Tour, which shows its juiciest part and the neighborhoods where it is not advisable to go alone.

It is true, there are dangerous areas … But it is very large (and has 1.5 million inhabitants) and, like the other districts, the Bronx also has the most normal neighborhoods that are worth visiting.

New York may be one of the most sophisticated culinary destinations in the world, but stroll through downtown Manhattan in the middle of the afternoon and you’ll run into dozens of executives in suits eating a $ 1 slice of pizza (and folded in half, of course, right? New York tradition).

And, if the pizza in question is so greasy that you have to run a napkin over it to absorb the oil, go ahead, no one will give you a bad look!

New York Is Real… And Wonderful

Yes, it is dirty, noisy, sometimes it is overwhelming to unsuspected limits, it is old, cold in winter and suffocating in summer, it is… It is different from everything the movies and guides have taught us.

It has flaws, like all cities. It’s real… and wonderful.

For everything, we have told you in this article, and for all the good we try to convey to you in the rest of the articles, we love New York.

You may also be interested in The wheel of life: what it is and what it is for